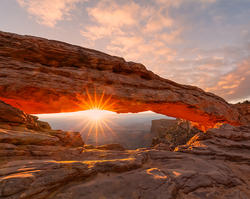 Expanding on the previous year’s Hsing-I teachings in Ulm/Neu Ulm, Bruce will cover the next two elements—Fire and Earth—Pao Chuan and Heng Chuan fists.

Although Hsing-i is known mainly as an internal martial art form, it is in fact one of the most powerful health practices on the planet. Hsing-i has two main goals:

In this course, Bruce will cover the next two elements of Hsing-I, Fire and Earth, also known as Pao Chuan and Heng Chuan fists.

This hsing-i technique focuses on diagonal physical motion, and uses the internal energies of Ward Off, Roll Back, Press Forward, Push Downward and Pull Down. In Pao Chuan, one hand initially defends and shifts the opponent’s center of balance. Then concentrates on moving power diagonally in all directions and on explosive forward-moving power.

In addition to its basic chi work, the internal pressures initiated in the body by this movement diecrtly affect the heart and pericardium in a beneficial manner. Represented by the Fire Element practicing Pao Chuan develops a body capable of making rapid changes while maintaining stillness inside.

This hsing-i technique focuses on the inside of the fist moving horizontally. Heng Chuan is the most difficult of the Five Elements to do well. Heng Chuan focuses on horizontally moving power, and combines the energies and applications of the first four elements (pi, tsuan, beng and pao) into one seamless technique

In addition to its basic chi work, the internal pressures initiated in the body by this movement directly affect the spleen, pancreas, and stomach in a beneficial manner. Represented by the Earth Element practicing Heng Chuan develops a body capable of integrating many different forces, energies, emotions and/or ideas simultaneously.

Approximate daily course schedule on Oct 27-28 is10:00AM-5:00PM with a two lunch break. Course schedule may be subject to change depending upon group dynamics.

This training course is not recommended for those with any kind of mental health issues or major medical problems. We simply do not have the resources to handle these needs.

Please note: The practice of Taoist energy arts may carry risks. The organizers are very concerned to ensure that the training is a positive experience for every participant. If for any reason whatsoever Bruce and/or his assistants deem that there may be any potential safety risks for you during this training, you will be asked to leave the course and suspend training immediately.

If this occurs you will be refunded a pro-rated course fee. All other expenses that you may have incurred, including lodging and travel will be your sole responsibility and Energy Arts will not be responsible for these expenses.

This professional school offers classes in tai chi and qigong that are both easy to learn and understand. These disciplines help the body and spirit relax to develop peace, inner strength and stronger health.