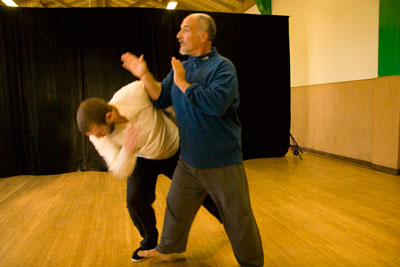 The Relationship of Qigong to Martial Arts Form Training

Within internal martial arts, internal power is taught through two primary methods. In the first, you learn internal power by first studying neigong/chi gung as a separate art. This study accomplishes several purposes:

All this internal work occurs without you being burdened by an initial need to learn the complex physical coordination necessary to do martial movement well. In the early phases of starting something new, learning one challenging skill at a time is not only easier but is often a more productive long-term strategy for doing mind/body work. Learning two challenging skills simultaneously is more difficult and time consuming.

Tackling one skill at a time is best for those with limited free time to study. Next, you learn the movement and fighting applications of your specific internal martial arts style, incorporating the newly acquired neigong components into all your physical movements.

After your body has more or less absorbed a basic ability to fuse the internal energy work within your physical movements, you can focus on amplifying your internal power to the maximum. This intensification can be done with progressively more advanced stages of training, both within your developmental solo martial art form work and in combat training with opponents. 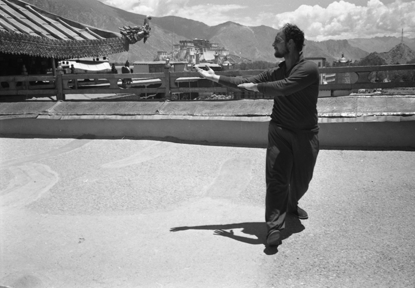 In the second method of imparting internal power, you will learn how to put the neigong work into your physical martial art form movements as you are simultaneously learning the forms. When you reach an intermediate or advanced stage of form practice, you next intensely practice separate qigong sets (which you learned in the beginning of the first method).

The purpose of this stage is to dramatically shift your emphasis, to get you to rely on chi for power, rather than on the habit of relying on physicality for power. After this stage has stabilized, the practitioner finally begins to learn the most advanced chi work of the internal martial arts within the martial movements themselves, and not within separate chi gung sets.

In the same way,nei gung could be added to karate or any other not fully internal martial art. Aikido practitioners, who are already seriously interested in ki work (ki is Japanese for Chinese word chi), would especially benefit from the upgrades of nei gung/chi gung’s highly systematic internal energy chi training, especially in the area of health. Neigong can extend the physical prowess of external martial artists, possibly for decades, spark their creativity, and compensate for any boredom they might be experiencing with their style.